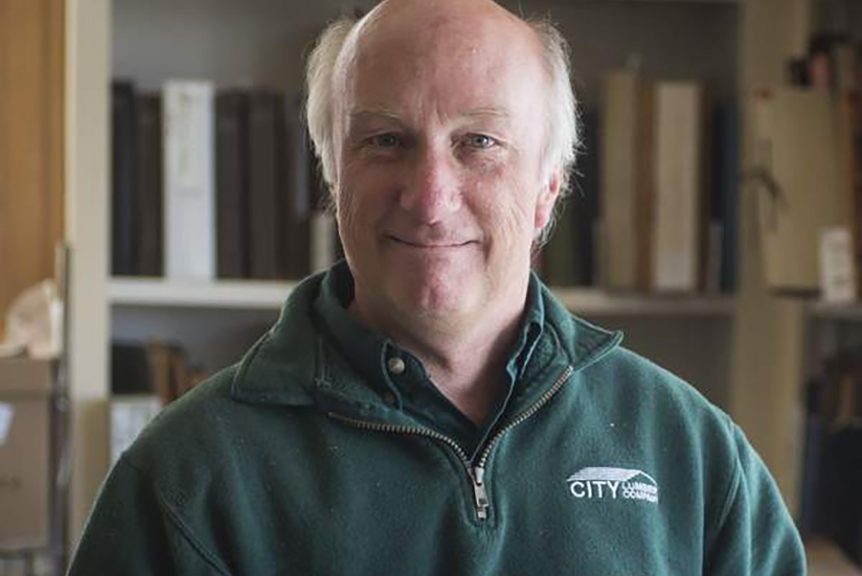 It is with great sadness we must report that Gregory E. Newenhof passed away unexpectedly but peacefully Sunday, Jan. 28, 2018 at his home in Astoria, Oregon.

Greg lived in the Pacific Northwest his whole life, moving with his family as Jerry took different positions in the home improvement industry.

Greg graduated from Cleveland High School in Portland, Oregon, in 1974. In 1978 he graduated from Portland State University with a bachelor’s degree in economics and business. While in college he joined the Tau Kappa Epsilon fraternity, where he lived and gained lifelong friends.

When his parents purchased City Lumber Company in Astoria, Oregon, in 1975, Greg moved to Astoria to work at the store when school was out. After he graduated, Greg planned to bum around for a while before he figured out what to do for a career. Just a few weeks after he graduated, Jerry tracked Greg down in California and asked him to come back to work because an employee was injured. Greg didn’t come back then, but a few days later a second phone call from Jerry, and an offer of a free plane ticket, brought Greg back to Astoria, and he started working full time at City Lumber.

After Jerry passed away in 1991, Greg successfully ran City Lumber Company with his brother, Jeff Newenhof. The Newenhofs were recognized by the Western Building Materials Association as the 2017 Distinguished Dealer of the year.

Greg enjoyed volunteering, but usually behind the scenes. You would find him setting up the Rotary Booth at the Crab Festival, helping fix up the Armory and Camp Kiwanilong, setting up bleachers for the Regatta Parade, and several other projects. He loved to walk on the beach and around the city of Astoria.

In 2015 Greg surprised himself, and his family, and purchased the historic Capt. George Conrad Flavel home on 15th and Franklin in Astoria. Greg’s efforts to restore the long-abandoned home garnered great attention in the community. An open house held in 2016 brought over 800 people into the home and raised money for the Clatsop County Historical Society. Greg’s efforts were noted by the Astoria-Warrenton Area Chamber of Commerce when he was given the chamber’s George Award in 2017.

Greg often laughed that he had spent all his life happily living in the background but buying the George Conrad Flavel House thrust him into the spotlight. He enjoyed the fact that his work on the Flavel home was so appreciated.

Greg was preceded in death by his mother and father, Nancy and Jerry Newenhof. Greg is survived by his brother Jeff, and Jeff’s wife Beth, and their children Gerry and Sadie, his Aunt Delta Bootsma of Sunnyside, Washington, and several cousins.

Like his mother, Greg did not want a local service. He will be buried at a graveside service in Yakima, Washington, Thursday, Feb. 1, 2018 alongside his mother and father at Terrace Heights Memorial Park.

Remembrances can be made to the Clatsop County Historical Society or the Columbia River Maritime Museum. 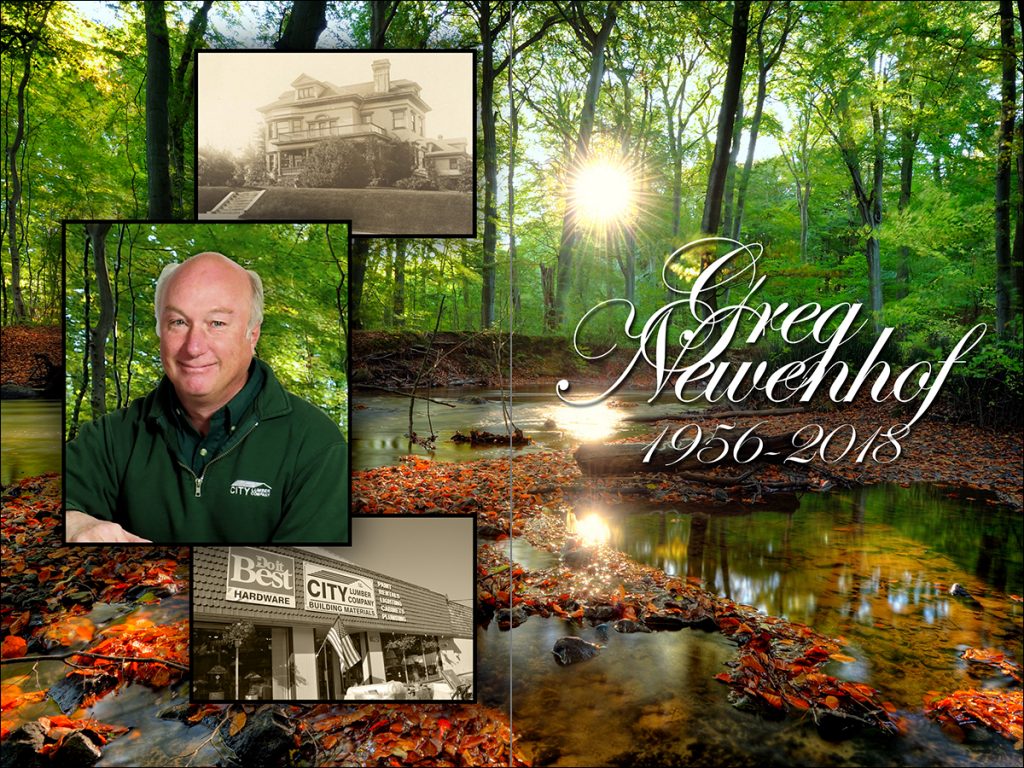 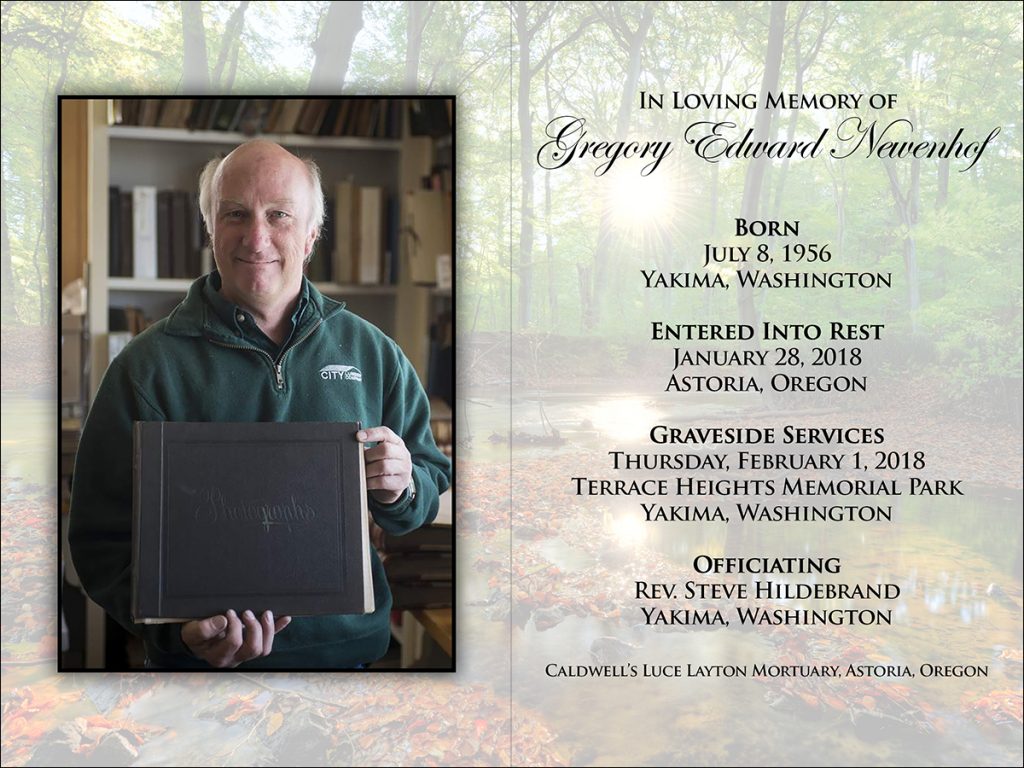